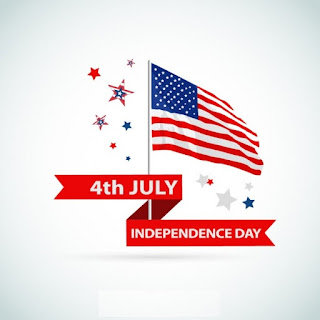 Today marks Independence Day in the United States of America. From time to time we have disagreements with our government. As Orthodox Christians it is crucial that we be patriots of our nation – whether that be the nation of our birth or the nation to which we have immigrated. A patriot is not a senseless sheep – a patriot is someone who loves his country enough to be willing to critique it, but who at the same time prays for his country, its civil authorities, and armed forces, and supports them to the greatest extent his Christian conscience allows. This is our duty, and St. Paul called us to this in the nascent years of Christianity. At that time the civil authorities actively sought to destroy Christianity, yet St. Paul demanded of the Christians that they pray for the civil authorities. Why would he do such a thing? We pray that the Lord will give us a peaceful place in which to work out our salvation. Of course, this has not always been the case in the history of the Church, yet these prayers have never stopped – and they never will. We can agree with our government's policies – or we can disagree with them. It is best if we care enough about our country that we be willing to critique its policies and call it to a higher place if it begins to slip in this regard. But no matter what, we are called to pray for our civil authorities and armed forces. Many in this world do not have the luxury of critiquing their government. We are guaranteed this right in our Constitution and for this we should be thankful. There are many, many other things that we can be thankful for living here in the United States. Perhaps on this day – when we celebrate the birth of our country – it is best to stress those things for which we can give thanks. The Lord has placed us here in this place and this time for a reason – let us then work for Him diligently – and let us entreat Him that he protect and save the United States of America! Happy Independence Day to all!

Fr. Gregory
Posted by Fr. Gregory Joyce at 6:00 AM No comments: